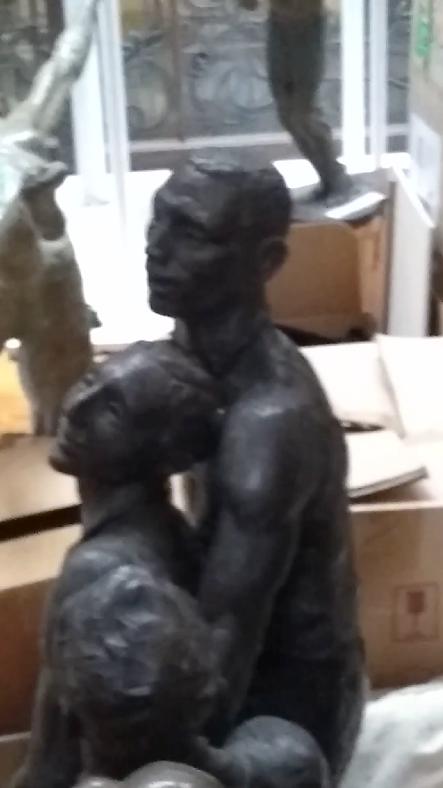 This breed of humankind is said to be especially sensitive to color and form. Changing what is normal is usually their “hustle”.

Many of this unique brain pool, find it hard to work with others, and see humanity in a world that seems impossible for others, to bathe in what they produce. Another set of humanity express awe, and array them with accolades.

BARRY WOODS JOHNSTON, (barry@sculptorjohnston.com) lives in Baltimore, is a sculptor, musician, writer, engineer, and plays tennis. In his book, As We Sow, his main thrust is about the great divide among mankind. His military experience in the American armed forces as an officer is interspersed with his religious upbringing, and his long association with lengthy stays submerged in the European underbelly of the renaissance.

Chapter three of his book is entitled, THE DIFFICULTY OF MERELY BEING. In a single sentence it just about summarizes Barry’s life: “If being an artist requires a certain renegade spirit, the more you’ve tried to strike out on your own, the more others seemingly have managed to impose their agenda on you”.

His book is over 600 pages, and this fall (2018) Barry Johnston opened his studio to the public. Take a look:

Born 1946, Georgetown Guyana, South America. Broadcast journalist since 1968. Been living in the United States, since 1974. Has done extensive work in sales and marketing, and likes to write about culture in and around Baltimore Md. His personal passion is healthy living: www.losebumpsloselumps.com. Creator and Executive Editor of THECULTUREPAGEDOTCOM. View more posts