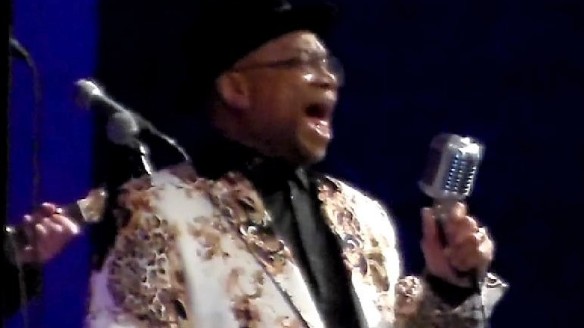 He was dressed in multicolored clothing, and possessed a personal attribute, that made rats follow him. This specialty came to the attention of the city fathers, who hired him to rid the city of its rat infestation. A “Trumpism” was played on him, meaning that he was not paid; his alternative was to use his skill to attract the children of the city, instead of the rats, which obviously became worrisome to the city procurers.

Of course I am talking about the legendary German story of the Pied Piper who strolled into the town of Hamelin in the middle period of the thirteenth century.

The metaphors from then to the 21st century have been numerous, and here is where I bring to your attention another example in the name of SONNY TURNER.

In the mediaeval story, the Pied Piper, was tall, and his elegance was pictured by his strut, and bright multicolored clothing. SONNY TURNER, was approached by an enterprising DJ to join the Platters, an R&B group, in 1959, (Cleveland Ohio). His voice and phrasing immediately breathed life into the Platters with hits like, WITH THIS RING, MY PRAYER, ONLY YOU, SMOKE GETS IN YOUR EYES, GREAT PRETENDER

SONNY  is now 80, the sole survivor of that pioneering, explosive group, and I compare him to the Pied Piper of the legendary tale.

We are in Towson Maryland, and the majority of folk in attendance are not of my pigmentation. Artists in the pattern of Pat Boone, and Tom Jones were performing, but the audience was awaiting the highlight, SONNY TURNER. He is not tall as the Pied Piper of old, but he is attired similarly, with a jacket the envy of many onlookers, and sung the hits, with no disappointment. Compliments, cheers, kisses! Perhaps were he younger, as often occurs, personal clothing would have been hailed in his direction.

His energy was boundless, and could take his following wherever he wanted; the PETITE NOIR of a Pied Piper!